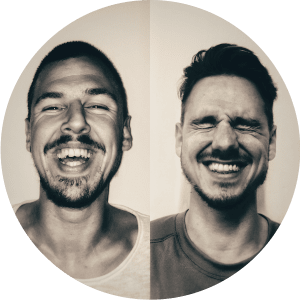 Pictures of Colors are the two brothers Frédéric Follonier and Michel Follonier from Leukerbad, a small village in the swiss alps. They make instrumental music, mostly consisting of the traditional make-up of electric guitar, bass and drums, put together in a modern context.

Growing up very close, the brothers were banging drums and turning up amps, playing gigs at school and parties and annoying their neighbours. Music was always at the center of their lives.

After moving out of their parents house into a remote building, where the two slept on the floor and transformed their living room into a recording studio, they’ve been creating music nonstop. Now this music is being released into the world.

Check out their music, favourite songs and influences right here.